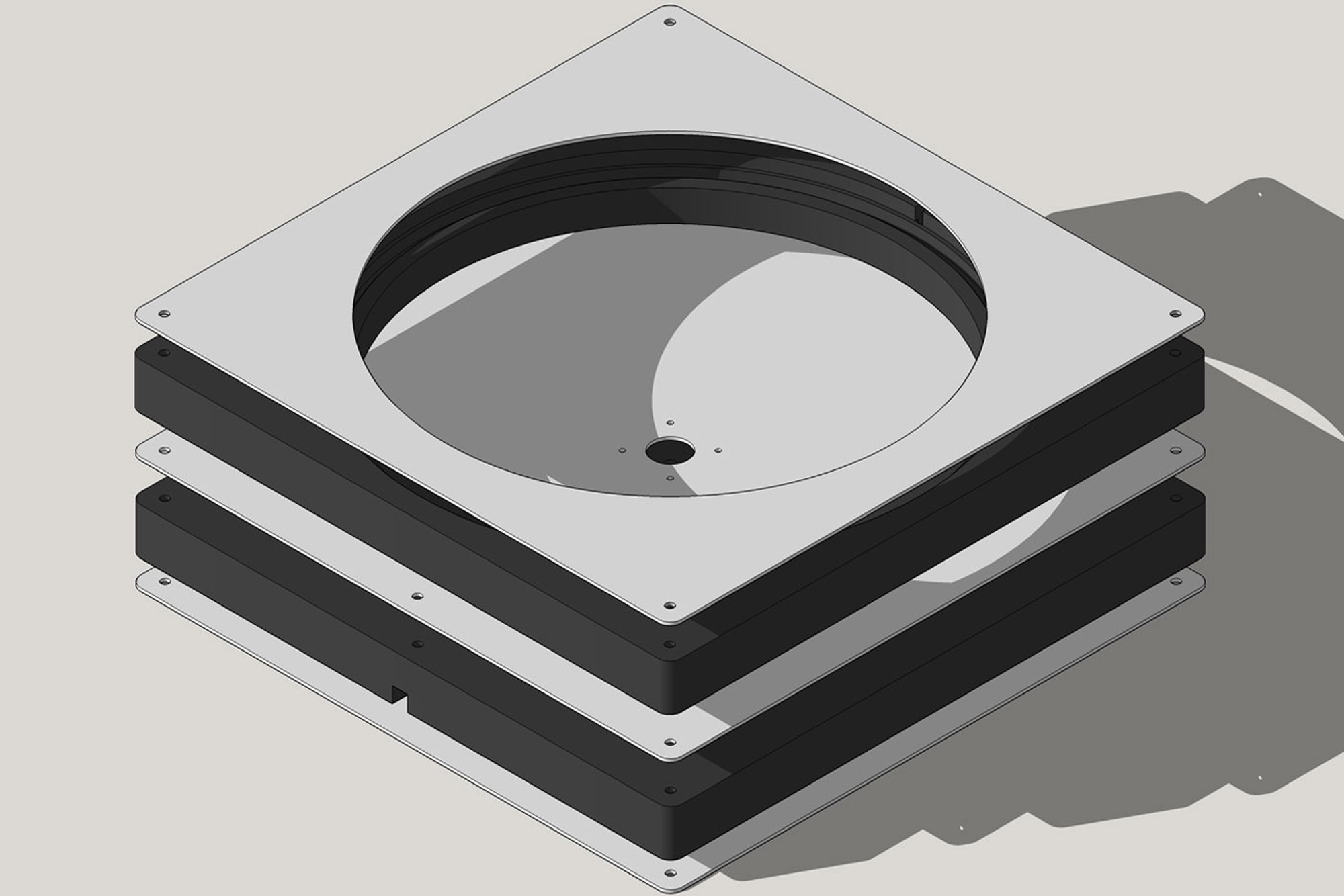 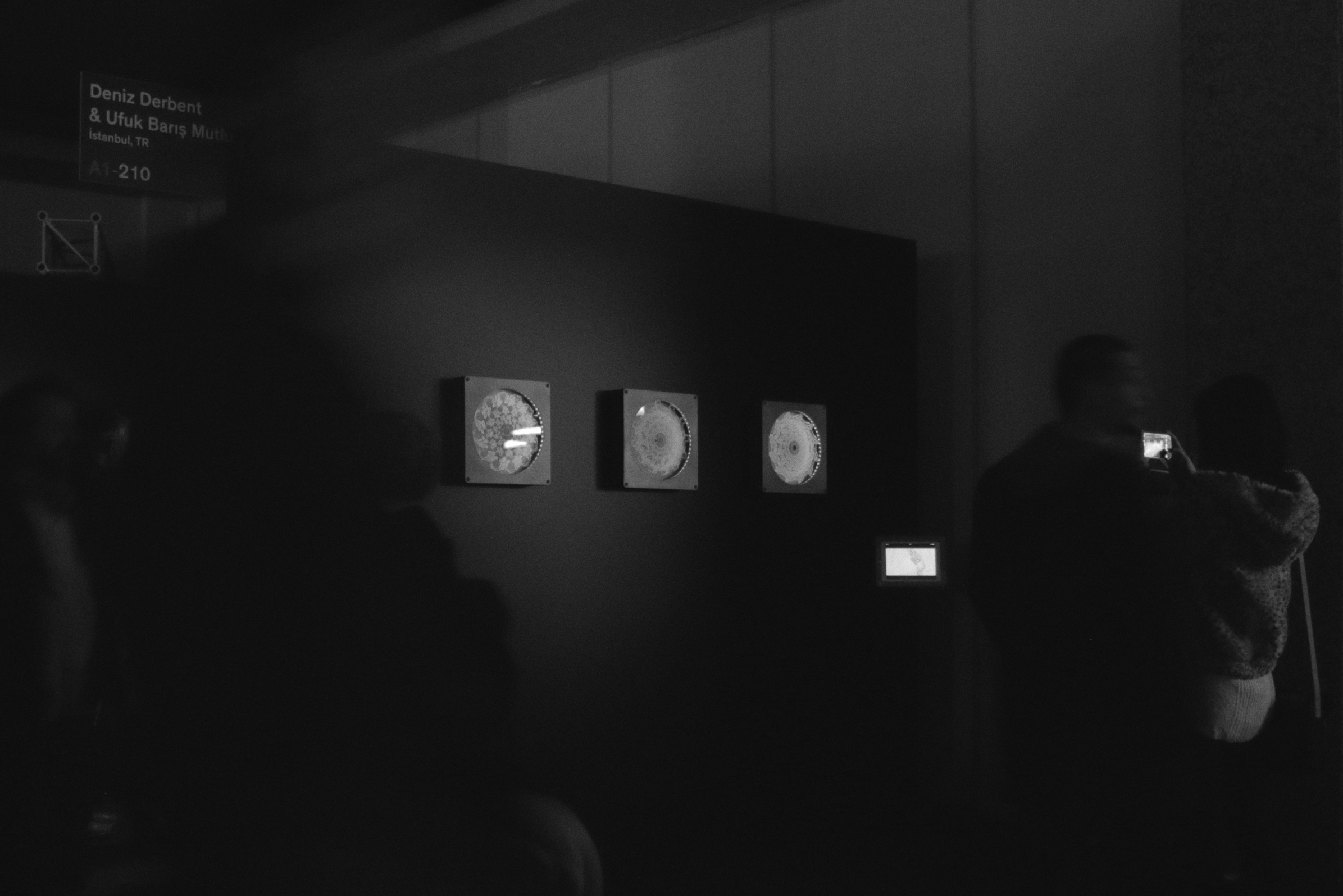 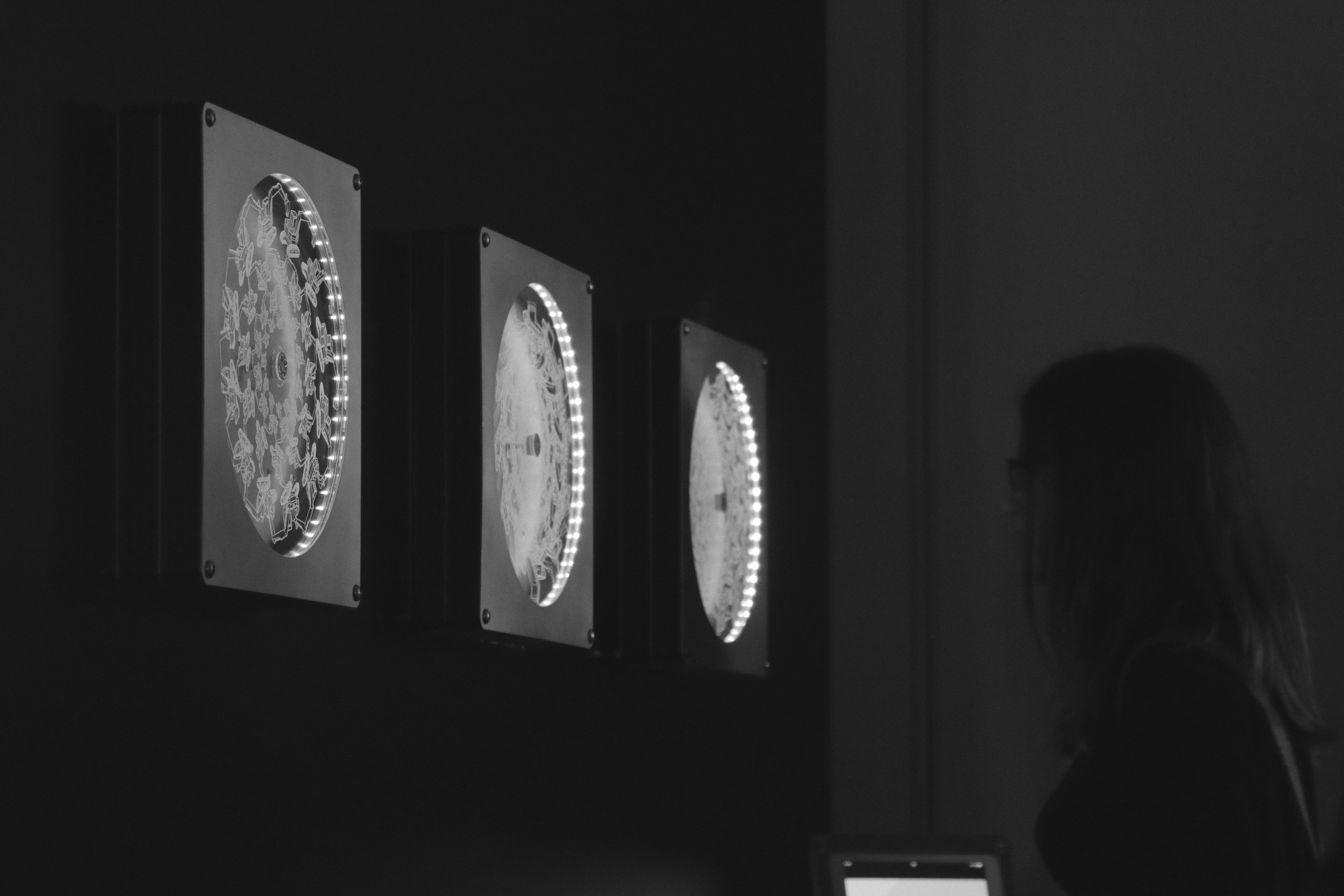 Fenakistiskop: Istanbul
"Phenakistoscope" is an early animation device which creates illusion of motion by using persistence of vision. Based on the idea which dates back to 1830’s, Ufuk Barış Mutlu and I have designed a new structure, by using electronics and modern prototyping technics.

The acrylic disc has the engraved frames of the animation. When the strobe light hits the spinning edge of the disc, illusion of motion occurs. Both light strobes and the RPM of the stepper motor is precisely controlled by an open source micro controller.
The physical structure was a challenge itself. Inspired from 80’s record players, we have designed and manufactured a polymer/aluminium sandwich housing. Two layers of high density polyethylene has been CNC machined, and three layers of aluminium sheet has been laser cut to our design.

Apart from the physical structure, illusions do have a conceptual infrastructure. In a triptych form, each disc represents a phase of an urban renewal construction. “Zayiat” means “loss” in Turkish and it is the destruction phase. “Hafriyat” stands for the excavation. And the “İnşaat” is the stage of construction. These phases are visualised by an excavator, dump truck and a cement mixer respectively. Hypnotising and suffocating illusion of these heavy machinery aims to show the disturbance due to Istanbul's construction boom.

We sincerely appreciate the support of Süha Derbent, Berkay Daver, Cemre İnanç, ISCAR Türkiye and Istanbul Bilgi University Faculty of Communication.
Also, we would like to pay our respects to Simon von Stampfer and Joseph Plaeau for establishing the phenakistoscope principle.