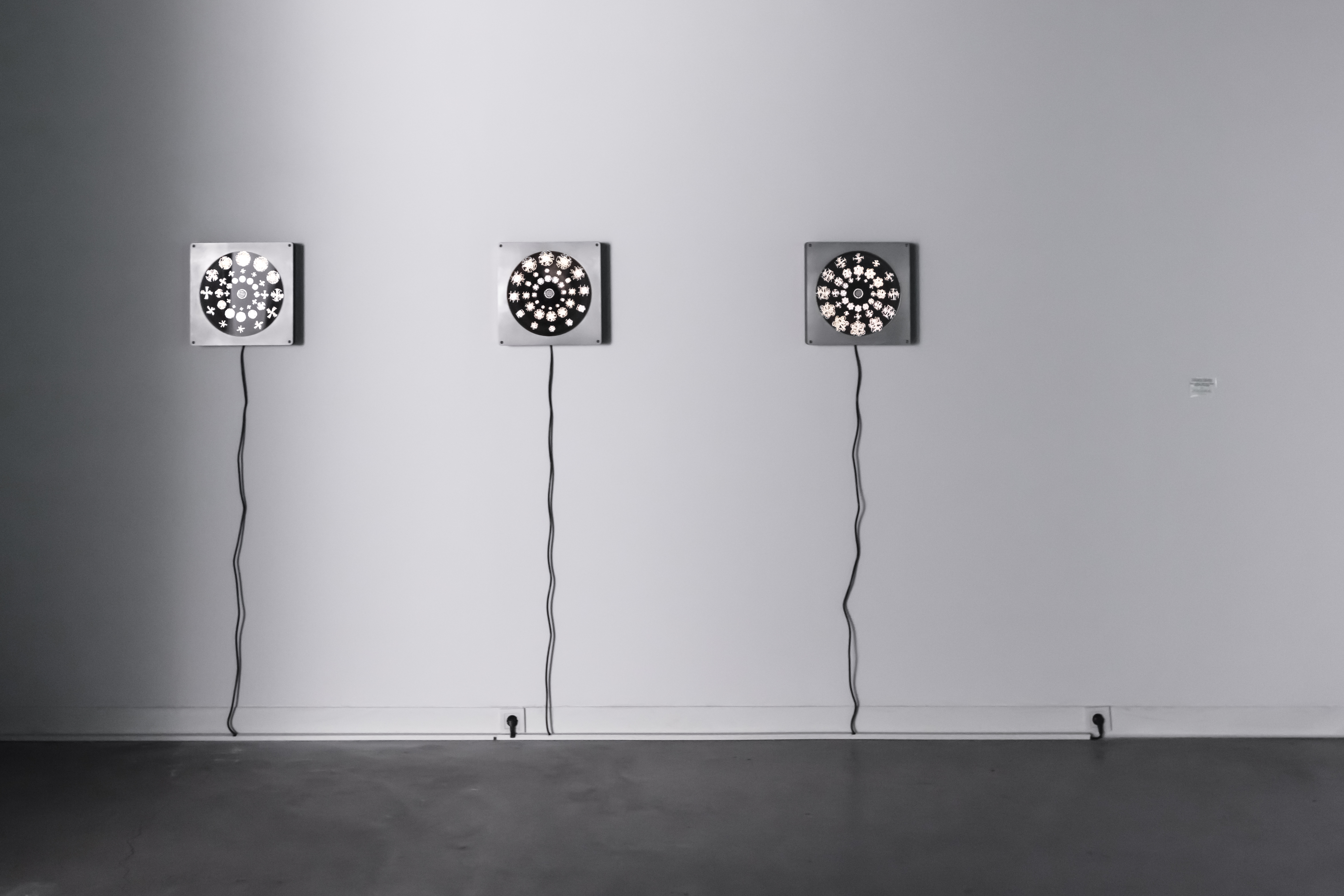 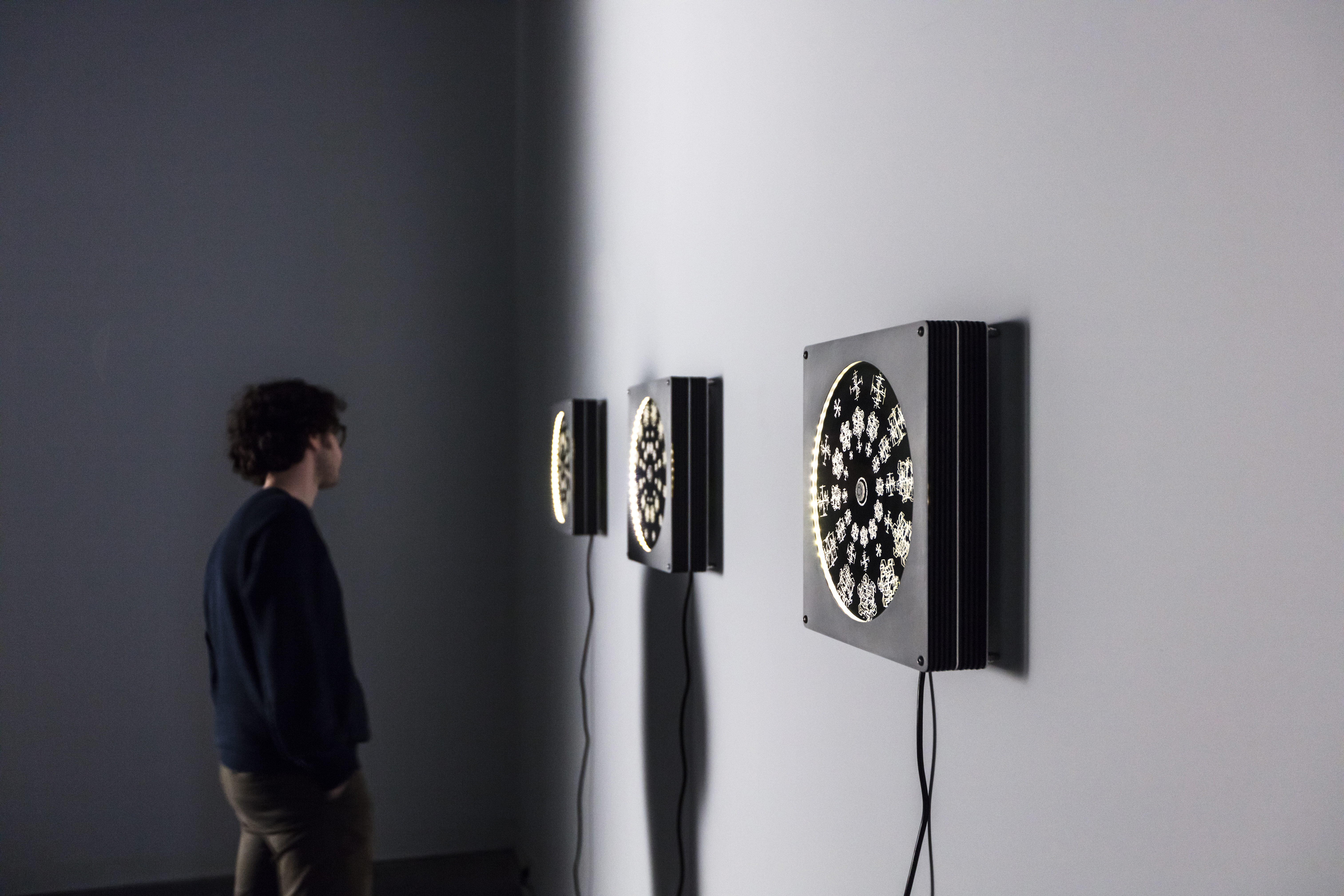 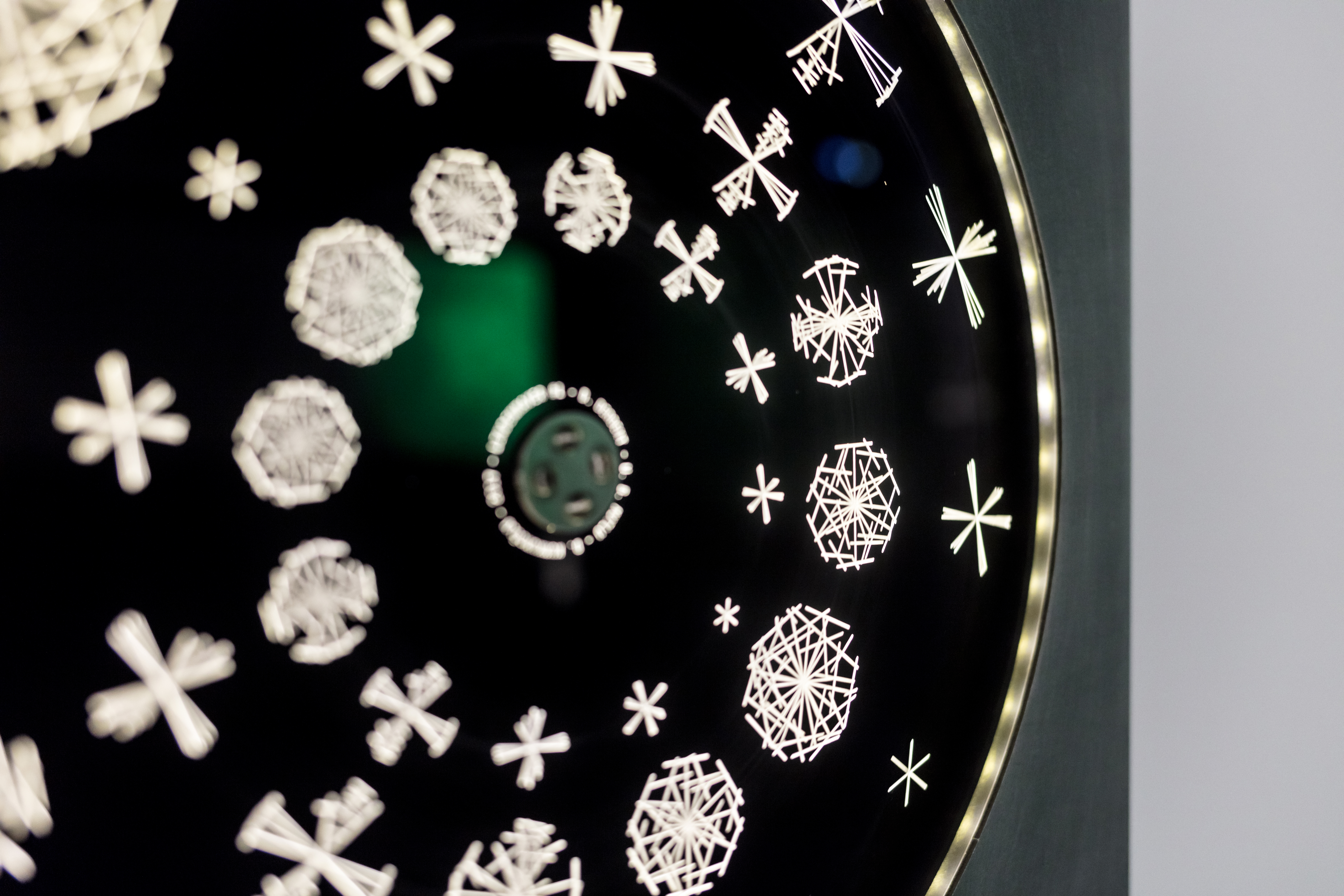 Fenakistiskop: Lindenmayer
"Phenakistoscope" is an early animation device which creates illusion of motion by using persistence of vision. Based on the idea which dates back to 1830’s, Ufuk Barış Mutlu and I have designed a new structure, by using electronics and modern prototyping technics.

Based on an early animation technique, a new structure is designed to create a physical media player. Phénakistiscope is an early animation device that creates the illusion of motion by using persistence of vision. Based on the idea which dates back to 1800’s, we have designed a new structure by using electronics and modern prototyping techniques. The discs have frames of animations engraved onto acrylic. When the strobe light hits the spinning edge of the disc, illusion of motion occurs. Both light strobes and the RPM of the stepper motor controlled by an open source microcontroller. In order to emphasize the progressive and media-oriented side of the work, another three units have manufactured two years after its predecessor. New units have unique stories as a result of the collaboration with Doruk Kumkumoğlu. In a triptyque arrangement, each disc represents the Lindenmayer system which is a mathematical theory explaining the growth pattern of the nature by fractals. The Lindenmayer system generates an infinite code index in itself by a series of characters, defining the mathematical “branching”. These endless and geometric branching has ties with the urban sprawl. Animations are visualising the chaos of the infinitely sprawling urban elements by suffocating views of the fractals.